Yaya Han is a costume designer, model, author and cosplay entertainer with over a decade of experience. After discovering cosplay at Anime Expo in 1999, she quickly absorbed the heart and soul of costume design and creation. To this day Yaya has made close to 300 costumes in the genres of anime/manga, comic books, video games, sci-fi and her own original designs.

Over the years, Yaya has build a successful business in the cosplay community, creating a popular cosplay accessories line that is available online and at conventions, as well as her line of Yaya Han Brand merchandising. Her intricate and lavish creations have won awards and acclaim nationwide, and she has been invited to appear as a Guest, Panelist, Judge, Performer and Host to over 100 conventions and other events all over the world.

Yaya’s impact on the world of cosplay has been so great that she has been a Guest Judge on 2 seasons of TBS TV Network’s “King of the Nerds” competition show, featured in a documentary about cosplay called “Cosplay - Crafting a Secret Identity”, as well as is starring in the Syfy (Space) TV Network Docu-Series “Heroes of Cosplay”.

But, no matter where Cosplay has taken her professionally, Yaya strives to stay true to what got her into this field originally - fun and creativity.

Through hard work, unmatched passion and infectious enthusiasm, Yaya has helped Cosplay gain respect and integrity as an artform in the fandom world and art communities, and her decade long campaign for creativity has helped raise Cosplay to the standards we know today.

Everyday, Yaya continues to pave the path for the beloved art and lifestyle we know as Costume Play. 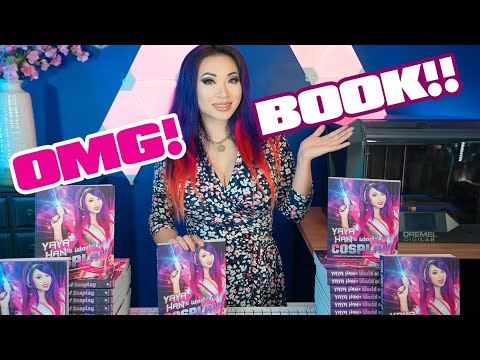